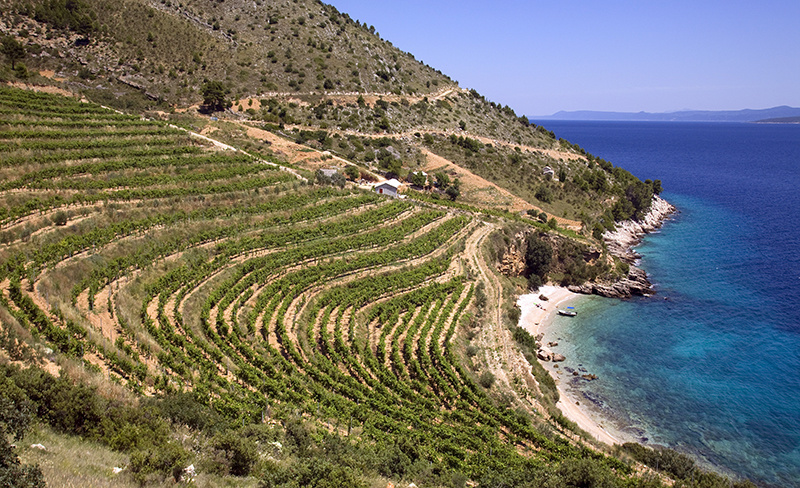 Croatia is located to the east of Italy on the other side of the Adriatic Sea. However, the land has a special horseshoe-like shape. As a result, the country has all possible climatic zones for viticulture.

The diverse climates in the wine regions require different grape varieties everywhere. Both internationally renowned grapes and distinctive indigenous grape varieties are used. The country boasts a laundry list of no fewer than 120 grape varieties for wine production, all of which can be called indigenous.

These special grapes in combination with the different climate zones and the differences in wine making styles makes Croatia a very diverse wine country.

Croatia is certainly not a new wine country. Wine was made long before the Ancient Greeks and the Romans. In the time of the Illyriers, more than 1000 years before Christ, wine was already being made on the Dalmatian islands. So we can even steal that wine was made earlier in Croatia than in France, Spain and Italy.

The main wine regions of Croatia

• DNA testing has shown that the Italian Primitivo and the Californian Zinfandel all have their origins in Dalmatia
• After the Vatican and Andorra, the Croats drink the most wine per capita in the world.

The main grapes of Croatia

Almost 70% of the wine production in Croatia is white. The Graševina is the most commonly used grape for this. Below is an overview of the most common grape varieties in the country.